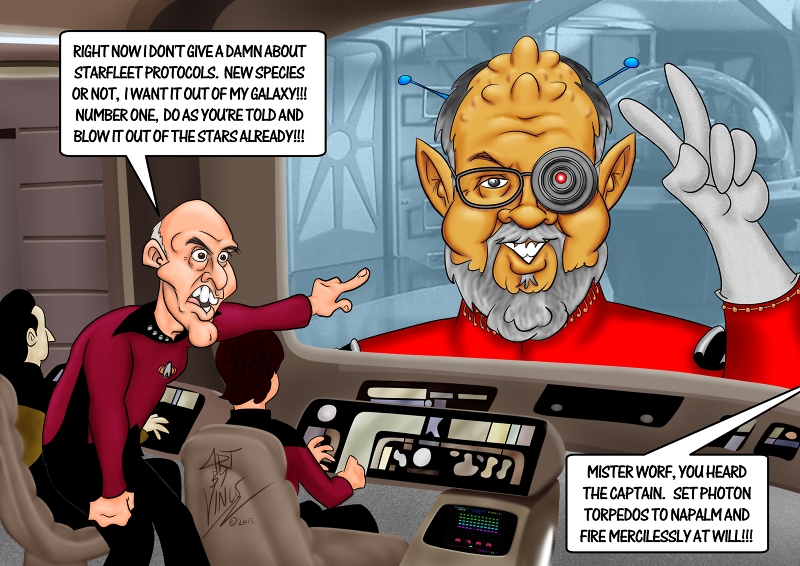 Tim Sayre is becoming a bit of a well known face in the world of Art by Vince. Not only is he one of the Naked Tuesday ambassadors who occasionally gets drawn for Craig Coombes, but his lovely wife Geri has now ordered a sci-fi themed caricature drawing for two of his birthdays in a row. Last year I was commissioned to draw Tim in a Dr Who theme, which saw Tim regenerated from one of the Doctors' female sidekicks. This year the theme is from Star Trek: The Next Generation, with Tim playing the part of the new alien species on the block. I had some fun with this one. The background in the view screen is from the old Lost In Space TV series. There's a game of Space Invaders happening on one of the console screens, and Tim is comprised of a mash up between a Klingon, an Andorian, a Romulan and a Borg dressed in an Orkan space suit.

For those who like to know the breakdown of the drawings, the details are as follows:

The first thing I needed to do was create a background for the caricatures to blend in with. 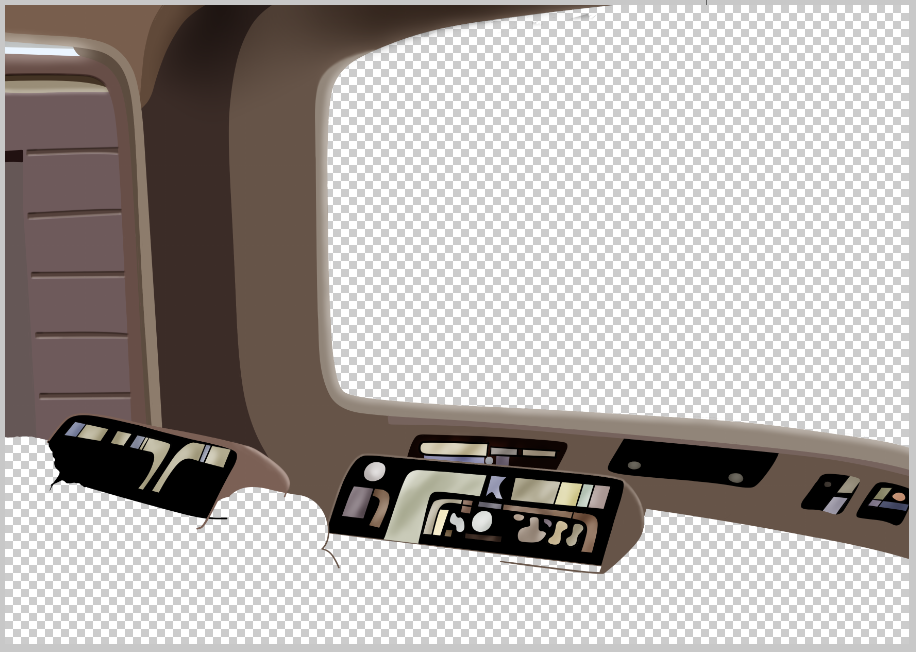 To add a bit of variety to the picture, a screen shot from the old Space Invaders arcade game was added to one of the viewing consoles. 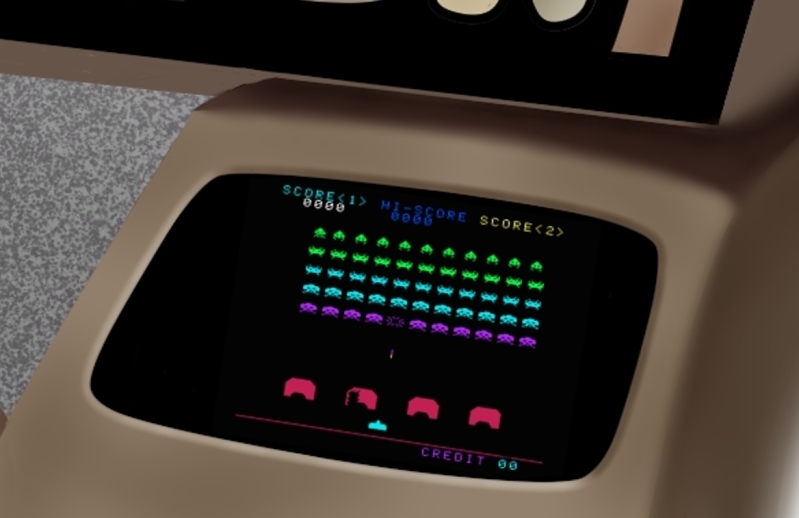 Next, I needed to add a caricature likeness of Patrick Stewart as Captain Picard from Star Trek: The Next Generation 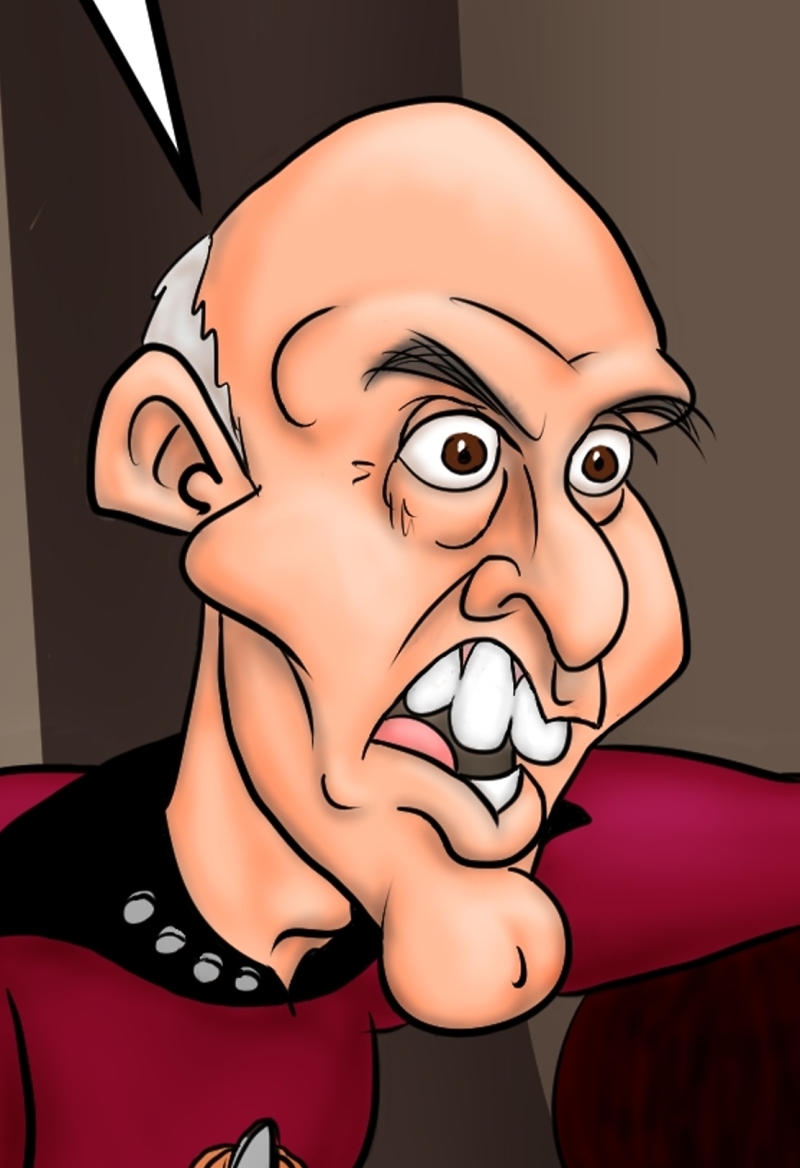 Once these elements were complete, I could concentrate on creating an alien mashup version of Tim for the viewscreen image. 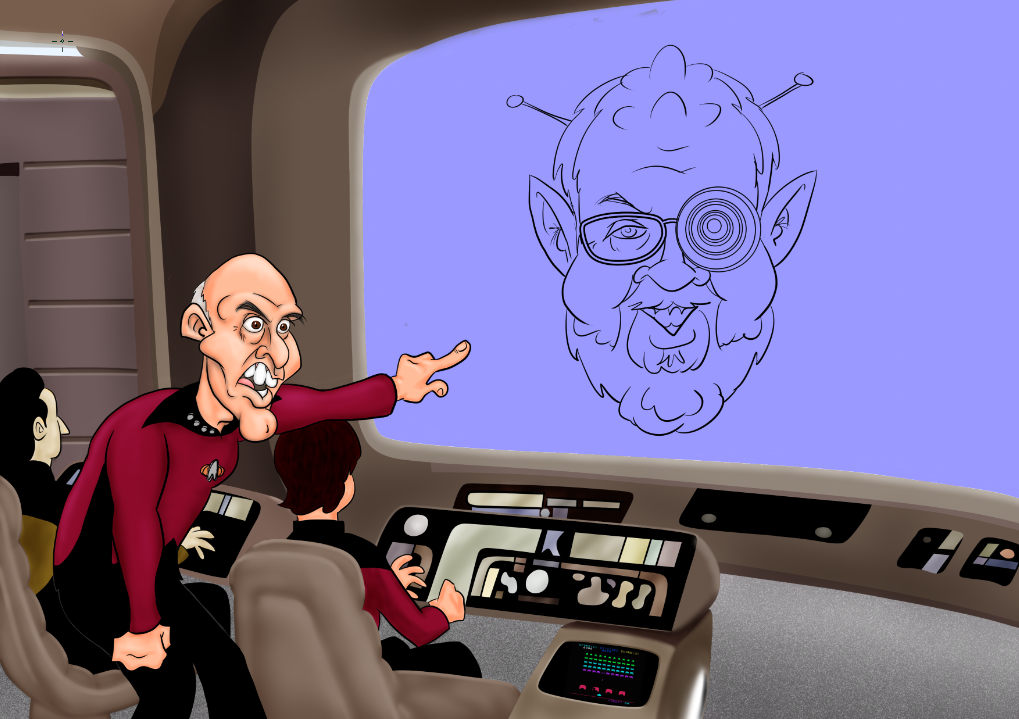 Finally, a screenshot of the deck of the Jupiter II from the Lost in Space TV series was added to the background of the viewscreen image and the drawing was ready for sending digitally to Geri's e-mail box so she could get it printed and ready for her hubby's Birthday. 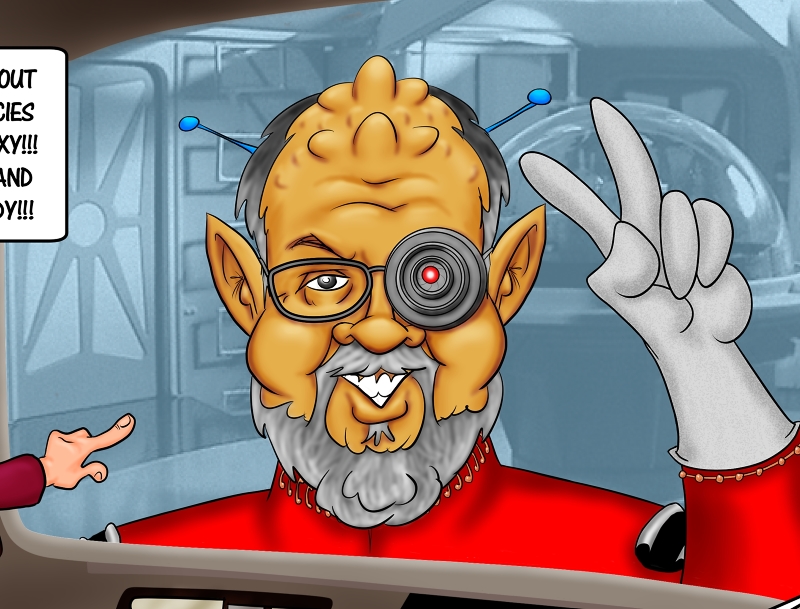 To order your own personalised caricature drawing for yourself, a loved one or a special friend, details can be found at the Art by Vince website.