Tim, a friend of mine who is an avid sci-fi fan, had a birthday coming up and his wife asked me if I could come up with a caricature portrait as a surprise gift from her. After exchanging a few private messages via Facebook, we both decided it should have a Doctor Who theme featuring one of his favourite Doctors. I then pitched the idea of her husband being a regenerated version of one of the Doctor's companions. After doing a little Facebook photo searching I came up with this caricature of the main subject: 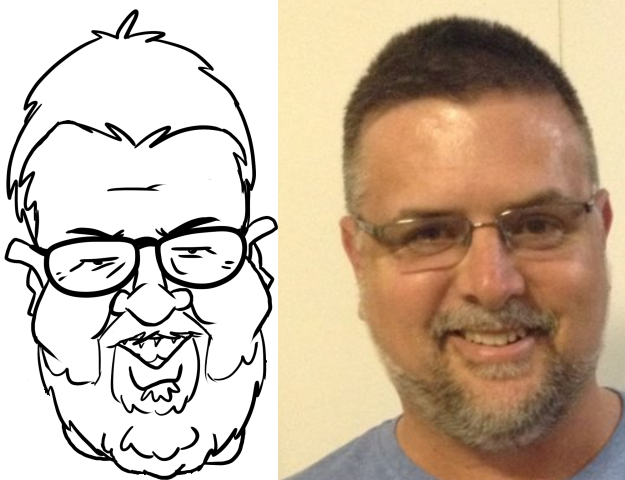 Followed by some Google image searching to sort out a caricature of the supporting subject: 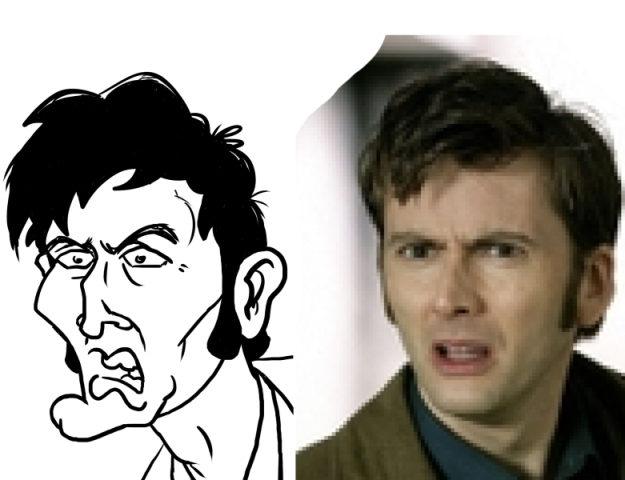 After completing the rough sketches, then digitally inking them using a Wacom Touch drawing tablet in Manga Studio 5, the digital colouring phase began.

The first step in the colouring process was to create a digital layer to place the flat colours onto. 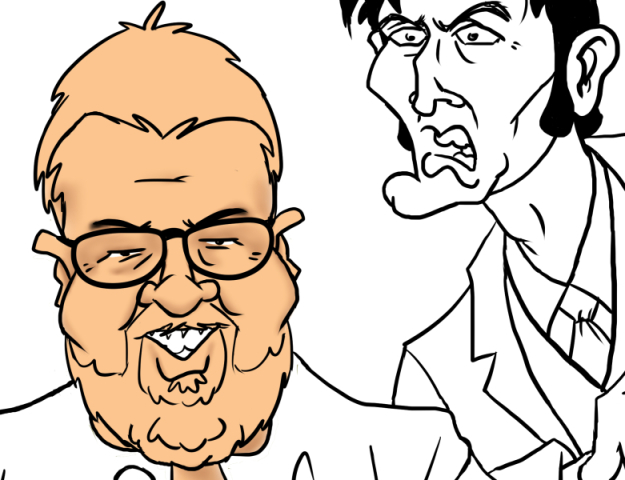 As you can see, there is almost no shading. The shading layer will be added later. At this point I created a layer for the facial hair and started colouring the clothing a little. 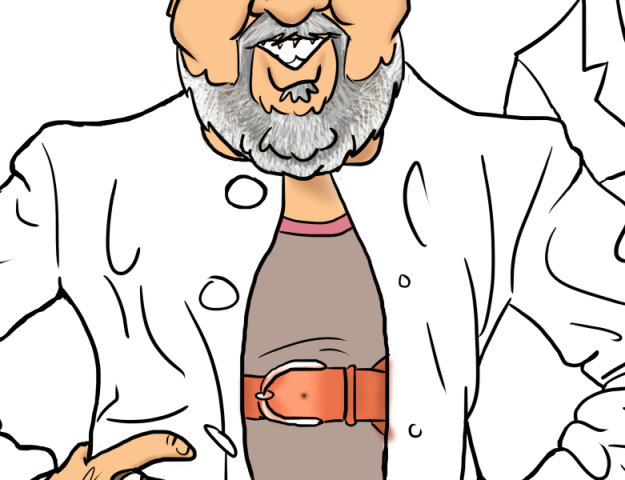 Eventually I had the colours I liked in all the correct places. The next step was to add a shading layer and have some fun with the digital air-brush tool. 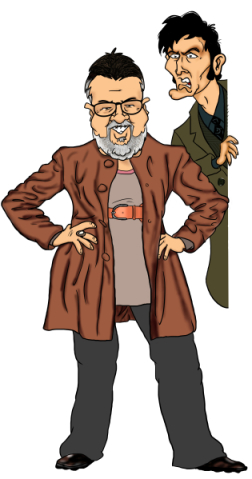 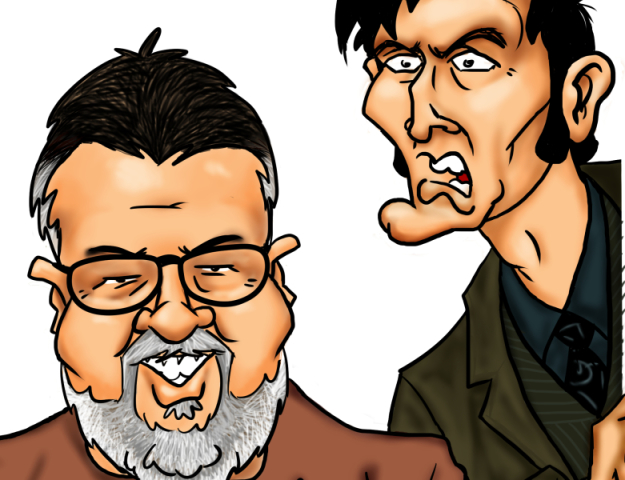 Once I was happy with the skin tones it was time to work on getting the clothing looking like the material it was all supposed to be made from. For the denim jeans, a little speckling was added as well as some semi-opaque stitch lines. The shoes were airbrushed with shadows and highlights. 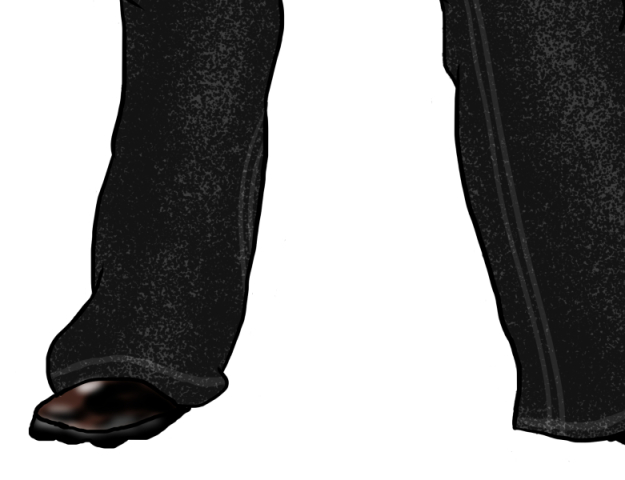 The clothing for the main subject was based on clothing as worn by the Doctor's companion. The reference photo I used is shown in the picture below. 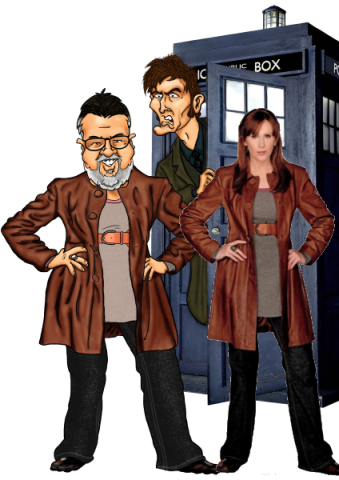 After adding an image of the TARDIS and a background image from the town that my friend lived in, the only thing left was to create a logo, add a word balloon, and then scrawl my digital signature. 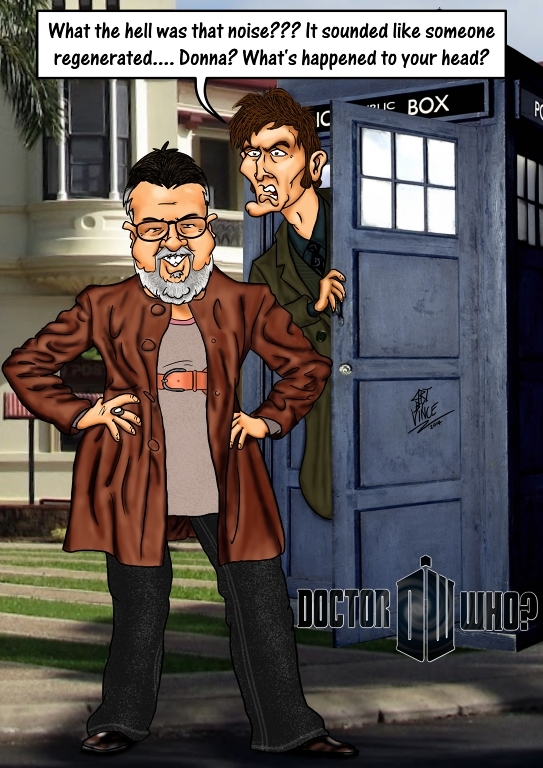 The digital image was then delivered via email, and my friends' wife organised to have it printed out for his birthday. He then happily posed for the following picture and managed to look more like his caricature than the original reference photo did. What a clever Tim! 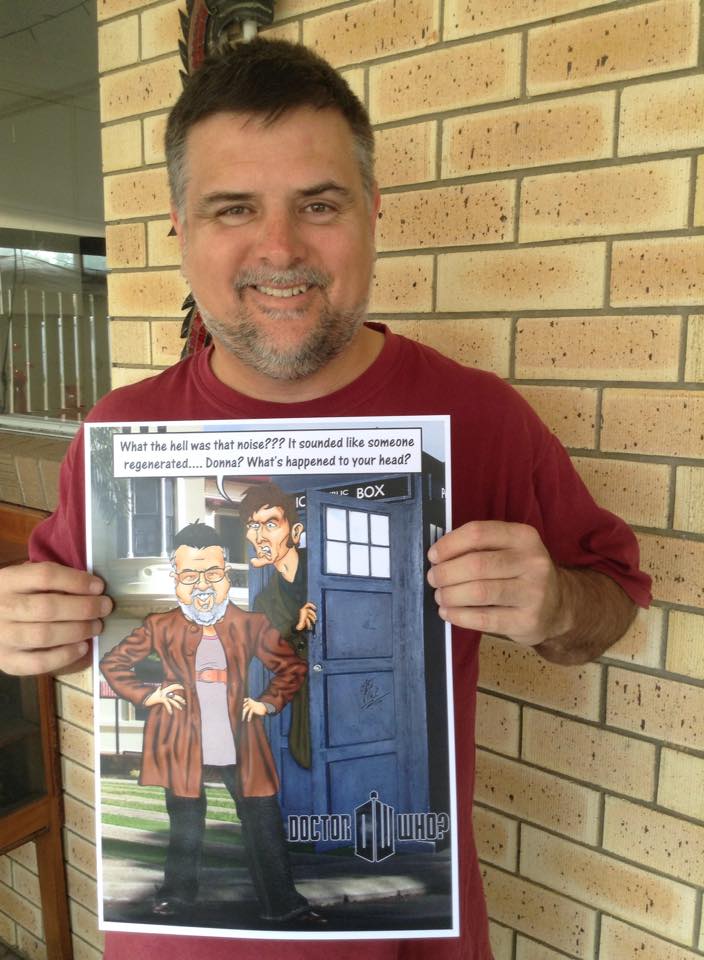 To organise your own caricature portrait for a friend or a loved one, or just for yourself, head over to the Art by Vince webpage and click on the tabs for more info.