Part 1: 26 November 2017 to 18 January 2018
A strange thing has begun on the Australian Cartoonists' Association's public Facebook page. A series of strips and panels have started to surface, written and drawn by various cartoonists and all intertwined with each other.

In an attempt to try and keep some sort of record I'll be updating this blog page as new entries appear. They may or may not be shown in chronological order of when they were originally posted on Facebook though. The reason for this is to try and get them all to blend in seamlessly with a running dialogue.

So grab yourself something comfortable to drink, you may need it, as we present the Australian Cartoonists' Association's (and other possibly rogue cartoonists') saga of....


The Wrath of Peter Player's Fishman!!!


Our story begins in the nether regions of November 2017 when Freelance cartoonist Peter Player shocks the world by scoring a gong at the 33rd annual Stan Cross Awards, also known as The Stanleys, at Old Parliament House in Canberra.

With a mugshot like that, other ACA members are left with no alternative but to take the piss out of poor old Pete and the relentless ridiculing via the subtle art of caricature begins.

Danny Zemp is the first to jump on the podium and puts this on display via his own Facebook account.

This then prompted the following comments... 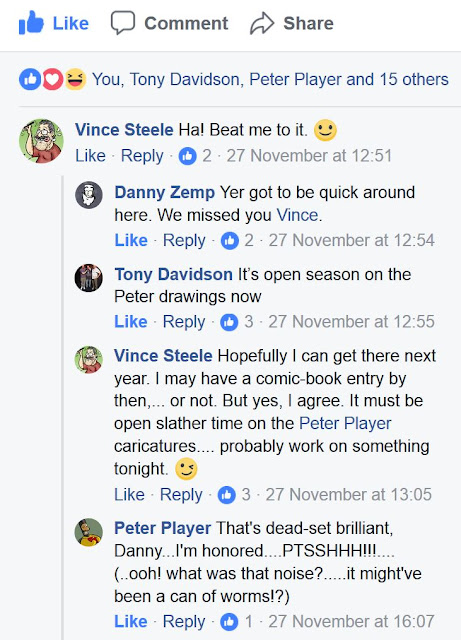 And thus begins our journey. I shall now attempt to spread these worms about in a vague attempt to keep the story line from straying too far away from itself. Continuity is not a guaranteed constant in all strips and panels though. You have been warned. 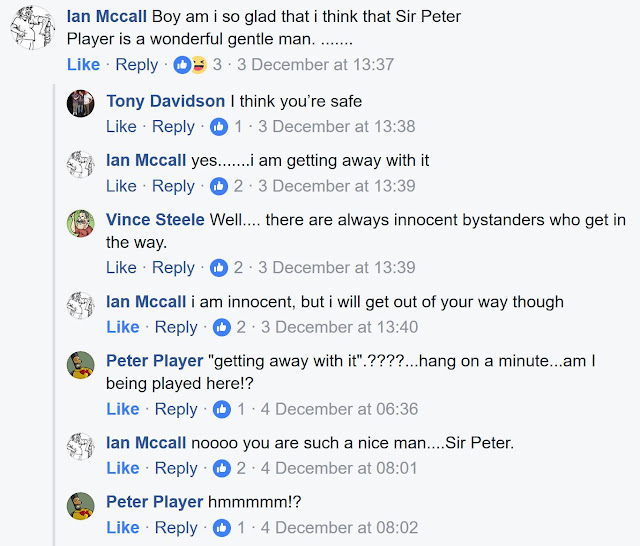 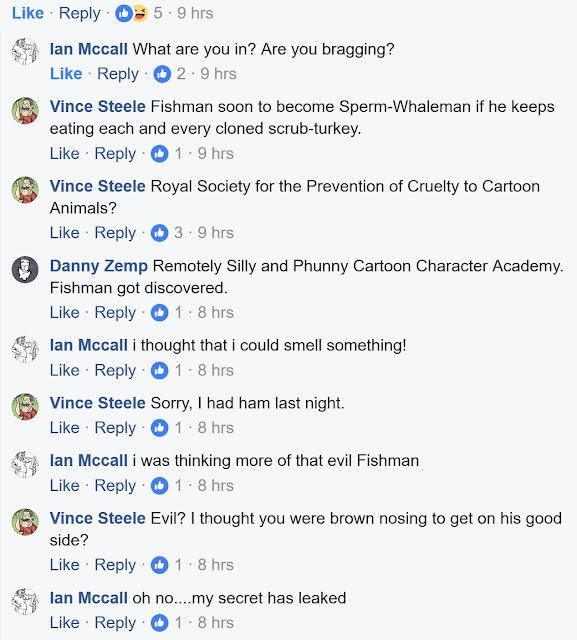 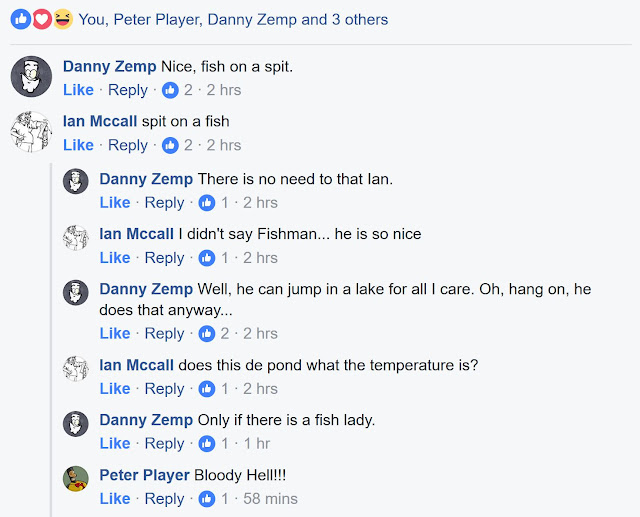 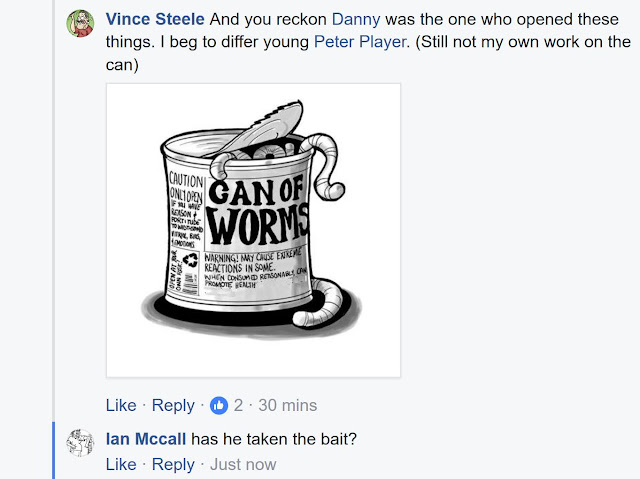 And thus, everything came to a flying stop as everyone got on with themselves and Vince got on with growing a couple of good sized cataracts to pass the boredom.

All will be revealed soon, (about 10 months [and year] later).

Watch this space for a link to the next chapter, when it finally happens. Same batty time, same batty place... or thereabouts.